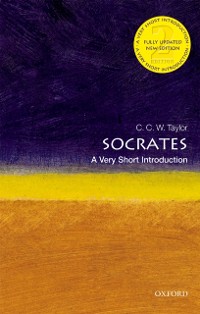 Socrates has a unique position in the history of philosophy; it is no exaggeration to say that had it not been for his influence on Plato, the whole development of Western philosophy might have been unimaginably different. Yet Socrates wrote nothing himself, and our knowledge of him is derived primarily from the engaging and infuriating figure who appears in Plato's dialogues. In this Very Short Introduction, Christopher Taylor explores the life of Socrates and his philosophical activity, before looking to the responses his philosophical doctrines have evoked in the centuries since his betrayal and execution at fellow Athenian hands. Examining the relationship between the historical Socrates and the Platonic character, Taylor considers the complex question of how far it is possible to distinguish the philosopher's own thought from that of those others whowrote about him, and explores the enduring image of Socrates as the ideal exemplar of the philosophic life - a thinker whose moral and intellectual integrity permeated every detail of his life. This new edition also includes a new chapter analysing the reception and influence of Socrates in 19th and 20thcentury philosophical thought. ABOUT THE SERIES: The Very Short Introductions series from Oxford University Press contains hundreds of titles in almost every subject area. These pocket-sized books are the perfect way to get ahead in a new subject quickly. Our expert authors combine facts, analysis, perspective, new ideas, and enthusiasm to make interesting and challenging topics highly readable. 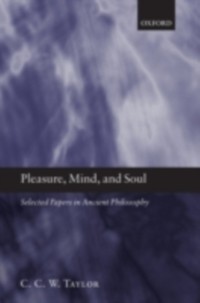