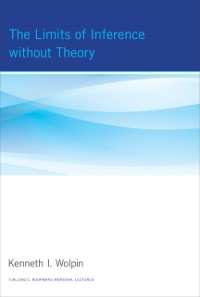 Limits of Inference without Theory

In this rigorous and well-crafted work, Kenneth Wolpin examines the role of theory in inferential empirical work in economics and the social sciences in general -- that is, any research that uses raw data to go beyond the mere statement of fact or the tabulation of statistics. He considers in particular the limits that eschewing the use of theory places on inference.Wolpin finds that the absence of theory in inferential work that addresses microeconomic issues is pervasive. That theory is unnecessary for inference is exemplified by the expression "let the data speak for themselves." This approach is often called "reduced form." A more nuanced view is based on the use of experiments or quasi-experiments to draw inferences. Atheoretical approaches stand in contrast to what is known as the structuralist approach, which requires that a researcher specify an explicit model of economic behavior -- that is, a theory. Wolpin offers a rigorous examination of both structuralist and nonstructuralist approaches. He first considers ex ante policy evaluation, highlighting the role of theory in the implementation of parametric and nonparametric estimation strategies. He illustrates these strategies with two examples, a wage tax and a school attendance subsidy, and summarizes the results from applications. He then presents a number of examples that illustrate the limits of inference without theory: the effect of unemployment benefits on unemployment duration; the effect of public welfare on women's labor market and demographic outcomes; the effect of school attainment on earnings; and a famous field experiment in education dealing with class size. Placing each example within the context of the broader literature, he contrasts them to recent work that relies on theory for inference. 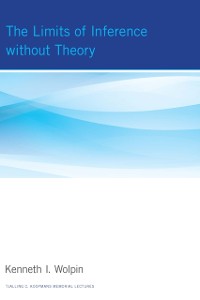