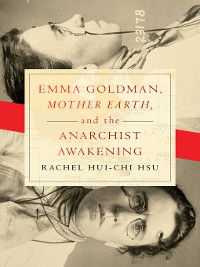 This book unveils the history and impact of an unprecedented anarchist awakening in early twentieth-century America. Mother Earth, an anarchist monthly published by Emma Goldman, played a key role in sparking and spreading the movement around the world.

One of the most important figures in revolutionary politics in the early twentieth century, Emma Goldman (1869–1940) was essential to the rise of political anarchism in the United States and Europe. But as Rachel Hui-Chi Hsu makes clear in this book, the work of Goldman and her colleagues at the flagship magazine Mother Earth (1906–1917) resonated globally, even into the present day. As a Russian Jewish immigrant to the United States in the late nineteenth century, Goldman developed a keen voice and ideology based on labor strife and turbulent politics of the era. She ultimately was deported to Russia due to agitating against World War I. Hsu takes a comprehensive look at Goldman's impact and legacy, tracing her work against capitalism, advocacy for feminism, and support of homosexuality and atheism.

Hsu argues that Mother Earth stirred an unprecedented anarchist awakening, inspiring an antiauthoritarian spirit across social, ethnic, and cultural divides and transforming U.S. radicalism. The magazine's broad readership—immigrant workers, native-born cultural elite, and professionals in various lines of work—was forced to reflect on society and their lives. Mother Earth spread the gospel of anarchism while opening it to diversified interpretations and practices. This anarchist awakening was more effective on personal and intellectual levels than on the collective, socioeconomic level.

Hsu explores the fascinating history of Mother Earth, headquartered in New York City, and captures a clearer picture of the magazine's influence by examining the dynamic teamwork that occurred beyond Goldman. The active support of foreign revolutionaries fostered a borderless radical network that resisted all state and corporate powers. Emma Goldman, "Mother Earth," and the Anarchist Awakening will attract readers interested in early twentieth-century history, transnational radicalism, and cosmopolitan print culture, as well as those interested in anarchism, anti-militarism, labor activism, feminism, and Emma Goldman.