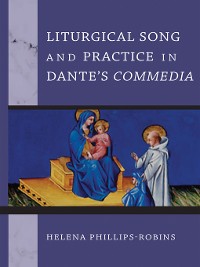 This study explores ways in which Dante presents liturgy as enabling humans to encounter God.

In Liturgical Song and Practice in Dante's "Commedia," Helena Phillips-Robins explores for the first time the ways in which the relationship between humanity and divinity is shaped through the performance of liturgy in the Commedia. The study draws on largely untapped thirteenth-century sources to reconstruct how the songs and prayers performed in the Commedia were experienced and used in late medieval Tuscany. Phillips-Robins shows how in the Commedia Dante refashions religious practices that shaped daily life in the Middle Ages and how Dante presents such practices as transforming and sustaining relationships between humans and the divine. The study focuses on the types of engagement that Dante's depictions of liturgical performance invite from the reader. Based on historically attentive analysis of liturgical practice and on analysis of the experiential and communal nature of liturgy, Phillips-Robins argues that Dante invites readers to themselves perform the poem's liturgical songs and, by doing so, to enter into relationship with the divine. Dante calls not only for readers' interpretative response to the Commedia but also for their performative and spiritual activity.

Focusing on Purgatorio and Paradiso, Phillips-Robins investigates the particular ways in which relationships both between humans and between humans and God can unfold through liturgy. Her book includes explorations of liturgy as a means of enacting communal relationships that stretch across time and space; the Christological implications of participating in liturgy; the interplay of the personal and the shared enabled by the language of liturgy; and liturgy as a living out of the theological virtues of faith, hope, and love. The book will interest students and scholars of Dante studies, medieval Italian literature, and medieval theology.