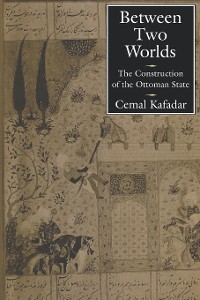 The Construction of the Ottoman State

Cemal Kafadar offers a much more subtle and complex interpretation of the early Ottoman period than that provided by other historians. His careful analysis of medieval as well as modern historiography from the perspective of a cultural historian demonstrates how ethnic, tribal, linguistic, religious, and political affiliations were all at play in the struggle for power in Anatolia and the Balkans during the late Middle Ages.

This highly original look at the rise of the Ottoman empire—the longest-lived political entity in human history—shows the transformation of a tiny frontier enterprise into a centralized imperial state that saw itself as both leader of the world's Muslims and heir to the Eastern Roman Empire.