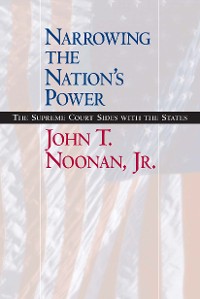 The Supreme Court Sides with the States

Narrowing the Nation's Power is the tale of how a cohesive majority of the Supreme Court has, in the last six years, cut back the power of Congress and enhanced the autonomy of the fifty states. The immunity from suit of the sovereign, Blackstone taught, is necessary to preserve the people's idea that the sovereign is "a superior being." Promoting the common law doctrine of sovereign immunity to constitutional status, the current Supreme Court has used it to shield the states from damages for age discrimination, disability discrimination, and the violation of patents, trademarks, copyrights, and fair labor standards. Not just the states themselves, but every state-sponsored entity--a state insurance scheme, a state university's research lab, the Idaho Potato Commission—has been insulated from paying damages in tort or contract. Sovereign immunity, as Noonan puts it, has metastasized. "It only hurts when you think about it," Noonan's Yalewoman remarks.

Crippled by the states' immunity, Congress has been further brought to heel by the Supreme Court's recent invention of two rules. The first rule: Congress must establish a documentary record that a national evil exists before Congress can legislate to protect life, liberty, or property under the Fourteenth Amendment. The second rule: The response of Congress to the evil must then be both "congruent" and "proportionate." The Supreme Court determines whether these standards are met, thereby making itself the master monitor of national legislation. Even legislation under the Commerce Clause has been found wanting, illustrated here by the story of Christy Brzonkala's attempt to redress multiple rapes at a state university by invoking the Violence Against Women Act. The nation's power has been remarkably narrowed.

Noonan is a passionate believer in the place of persons in the law. Rules, he claims, are a necessary framework, but they must not obscure law's task of giving justice to persons. His critique of Supreme Court doctrine is driven by this conviction. 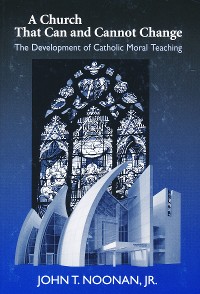