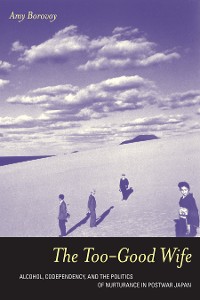 Alcohol, Codependency, and the Politics of Nurturance in Postwar Japan

Social drinking is an accepted aspect of working life in Japan, and women are left to manage their drunken husbands when the men return home, restoring them to sobriety for the next day of work. In attempting to cope with their husbands' alcoholism, the women face a profound cultural dilemma: when does the nurturing behavior expected of a good wife and mother become part of a pattern of behavior that is actually destructive? How does the celebration of nurturance and dependency mask the exploitative aspects not just of family life but also of public life in Japan? The Too-Good Wife follows the experiences of a group of middle-class women in Tokyo who participated in a weekly support meeting for families of substance abusers at a public mental-health clinic. Amy Borovoy deftly analyzes the dilemmas of being female in modern Japan and the grace with which women struggle within a system that supports wives and mothers but thwarts their attempts to find fulfillment outside the family. The central concerns of the book reach beyond the problem of alcoholism to examine the women's own processes of self-reflection and criticism and the deeper fissures and asymmetries that undergird Japanese productivity and social order.