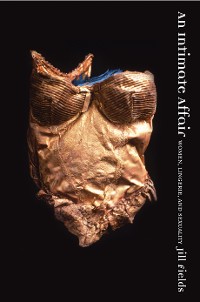 Intimate apparel, a term in use by 1921, has played a crucial role in the development of the "naughty but nice" feminine ideal that emerged in the twentieth century. Jill Fields's engaging, imaginative, and sophisticated history of twentieth-century lingerie tours the world of women's intimate apparel and arrives at nothing less than a sweeping view of twentieth-century women's history via the undergarments they wore. Illustrated throughout and drawing on a wealth of evidence from fashion magazines, trade periodicals, costume artifacts, Hollywood films, and the records of organized labor, An Intimate Affair is a provocative examination of the ways cultural meanings are orchestrated by the "fashion-industrial complex," and the ways in which individuals and groups embrace, reject, or derive meaning from these everyday, yet highly significant, intimate articles of clothing.