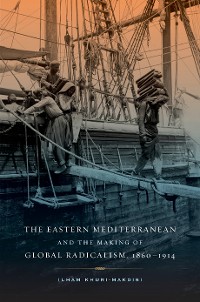 The Eastern Mediterranean and the Making of Global Radicalism, 1860-1914

In this groundbreaking book, Ilham Khuri-Makdisi establishes the existence of a special radical trajectory spanning four continents and linking Beirut, Cairo, and Alexandria between 1860 and 1914. She shows that socialist and anarchist ideas were regularly discussed, disseminated, and reworked among intellectuals, workers, dramatists, Egyptians, Ottoman Syrians, ethnic Italians, Greeks, and many others in these cities. In situating the Middle East within the context of world history, Khuri-Makdisi challenges nationalist and elite narratives of Mediterranean and Middle Eastern history as well as Eurocentric ideas about global radical movements. The book demonstrates that these radical trajectories played a fundamental role in shaping societies throughout the world and offers a powerful rethinking of Ottoman intellectual and social history.