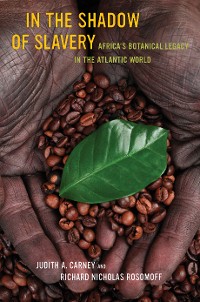 In the Shadow of Slavery

The transatlantic slave trade forced millions of Africans into bondage. Until the early nineteenth century, African slaves came to the Americas in greater numbers than Europeans. In the Shadow of Slavery provides a startling new assessment of the Atlantic slave trade and upends conventional wisdom by shifting attention from the crops slaves were forced to produce to the foods they planted for their own nourishment. Many familiar foods—millet, sorghum, coffee, okra, watermelon, and the "Asian" long bean, for example—are native to Africa, while commercial products such as Coca Cola, Worcestershire Sauce, and Palmolive Soap rely on African plants that were brought to the Americas on slave ships as provisions, medicines, cordage, and bedding. In this exciting, original, and groundbreaking book, Judith A. Carney and Richard Nicholas Rosomoff draw on archaeological records, oral histories, and the accounts of slave ship captains to show how slaves' food plots—"botanical gardens of the dispossessed"—became the incubators of African survival in the Americas and Africanized the foodways of plantation societies. 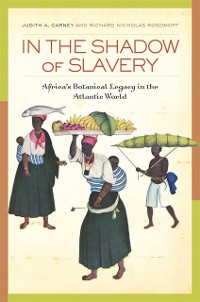 In the Shadow of Slavery
Judith Carney
25,52 €
Weitere Titel in dieser Kategorie