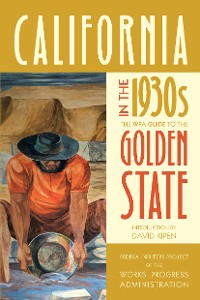 The WPA Guide to the Golden State

Alive with the exuberance, contradictions, and variety of the Golden State, this Depression-era guide to California is more than 700 pages of information that is, as David Kipen writes in his spirited introduction, "anecdotal, opinionated, and altogether habit-forming." Describing the history, culture, and roadside attractions of the 1930s, the WPA Guide to California features some of the very best anonymous literature of its era, with writing by luminaries such as San Francisco poet Kenneth Rexroth, composer-writer- hobo Harry Partch, and authors Tillie Olsen and Kenneth Patchen.