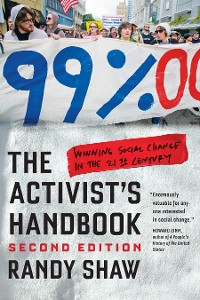 In this thoroughly revised and updated edition of The Activist's Handbook, Randy Shaw’s hard-hitting guide to winning social change, the author brings the strategic and tactical guidance of the prior edition into the age of Obama. Shaw details how activists can best use the Internet and social media, and analyzes the strategic strengths and weaknesses of rising 21st century movements for immigrant rights, marriage equality, and against climate change. Shaw also highlights increased student activism towards fostering greater social justice in the 21st century.

The Activist's Handbook: Winning Social Change in the 21st Century details the impact of specific strategies on campaigns across the country, from Occupy Wall Street to battles over sweatshops, the environment, AIDS policies, education reform, homelessness, and more: How should activists use new media tools to expose issues and mobilize grassroots support? When should activists form coalitions, and with whom? How are students—be they DREAMers seeking immigration reform or college activists battling ever-increasing tuition costs—winning major campaigns? Whether it’s by inspiring "fear and loathing" in politicians, building diverse coalitions, using ballot initiatives, or harnessing the media, the courts, and the electoral process towards social change, Shaw—a longtime activist for urban issues—shows that with a plan, positive change can be achieved.

In showing how people can win social change struggles against even overwhelming odds, The Activist's Handbook is an indispensable guide not only for activists, but for anyone interested in the future of progressive politics in America. 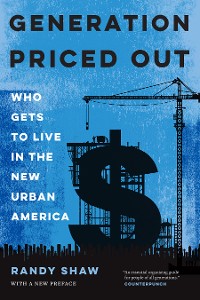