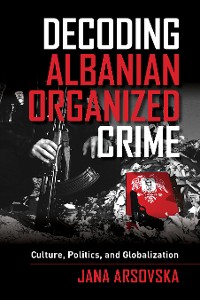 The expansion of organized crime across national borders has become a key security concern for the international community. In this theoretically and empirically vibrant portrait of a global phenomenon, Jana Arsovska examines some of the most widespread myths about the so-called Albanian Mafia. Based on more than a decade of research, including interviews with victims, offenders, and law enforcement across ten countries, as well as court files and confidential intelligence reports, Decoding Albanian Organized Crime presents a comprehensive overview of the causes, codes of conduct, activities, migration, and structure of Albanian organized crime groups in the Balkans, Western Europe, and the United States. Paying particular attention to the dynamic relationships among culture, politics, and organized crime, the book develops a framework for understanding the global growth of the criminal underworld and provides a model for future comparative research.