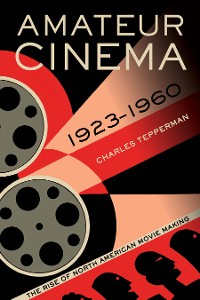 From the very beginning of cinema, there have been amateur filmmakers at work. It wasn’t until Kodak introduced 16mm film in 1923, however, that amateur moviemaking became a widespread reality, and by the 1950s, over a million Americans had amateur movie cameras. In Amateur Cinema, Charles Tepperman explores the meaning of the "amateur" in film history and modern visual culture.

In the middle decades of the twentieth century—the period that saw Hollywood’s rise to dominance in the global film industry—a movement of amateur filmmakers created an alternative world of small-scale movie production and circulation. Organized amateur moviemaking was a significant phenomenon that gave rise to dozens of clubs and thousands of participants producing experimental, nonfiction, or short-subject narratives. Rooted in an examination of surviving films, this book traces the contexts of "advanced" amateur cinema and articulates the broad aesthetic and stylistic tendencies of amateur films.