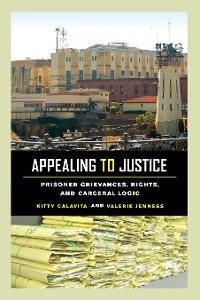 Having gained unique access to California prisoners and corrections officials and to thousands of prisoners’ written grievances and institutional responses, Kitty Calavita and Valerie Jenness take us inside one of the most significant, yet largely invisible, institutions in the United States. Drawing on sometimes startlingly candid interviews with prisoners and prison staff, as well as on official records, the authors walk us through the byzantine grievance process, which begins with prisoners filing claims and ends after four levels of review, with corrections officials usually denying requests for remedies. Appealing to Justice is both an unprecedented study of disputing in an extremely asymmetrical setting and a rare glimpse of daily life inside this most closed of institutions. Quoting extensively from their interviews with prisoners and officials, the authors give voice to those who are almost never heard from. These voices unsettle conventional wisdoms within the sociological literature—for example, about the reluctance of vulnerable and/or stigmatized populations to name injuries and file claims, and about the relentlessly adversarial subjectivities of prisoners and correctional officials—and they do so with striking poignancy. Ultimately, Appealing to Justice reveals a system fraught with impediments and dilemmas, which delivers neither justice, nor efficiency, nor constitutional conditions of confinement. 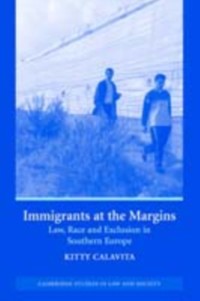