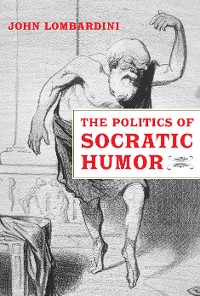 The Politics of Socratic Humor

Was Socrates an ironist? Did he mock his interlocutors and, in doing so, show disdain for both them and the institutions of Athenian democracy?  These questions were debated with great seriousness by generations of ancient Greek writers and helped to define a primary strand of the western tradition of political thought. By reconstructing these debates,  The Politics of Socratic Humor compares the very different interpretations of Socrates developed by his followers—including such diverse thinkers as Plato, Aristotle, Xenophon, Aristophanes, and the Hellenistic philosophers—to explore the deep ethical and political dimensions of Socratic humor and its implications for civic identity, democratic speech, and political cooperation. Irony has long been seen as one of Socrates’ most characteristic features, but as Lombardini shows, irony is only one part of a much larger toolkit of Socratic humor, the broader intellectual context of which must be better understood if we are to appropriate Socratic thought for our own modern ends.