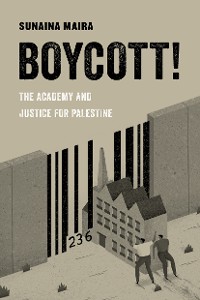 The Academy and Justice for Palestine

The Boycott, Divestment, and Sanctions movement (BDS) has expanded rapidly though controversially in the United States in the last five years. The academic boycott of Israeli academic institutions is a key component of this movement. What is this boycott? Why does it make sense? And why is this an American Studies issue? In this short essential book , Sunaina Maira addresses these key questions.  Boycott! situates the academic boycott in the broader history of boycotts in the United States as well as in Palestine and shows how it has evolved into a transnational social movement that has spurred profound intellectual and political shifts. It explores the movement’s implications for antiracist, feminist, queer, and academic labor organizing and examines the boycott in the context of debates about Palestine, Zionism, race, rights-based politics, academic freedom, decolonization, and neoliberal capitalism.