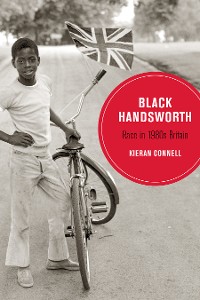 In 1980s Britain, while the country failed to reckon with the legacies of its empire, a black, transnational sensibility was emerging in its urban areas. In Handsworth, an inner-city neighborhood of Birmingham, black residents looked across the Atlantic toward African and Afro-Caribbean social and political cultures and drew upon them while navigating the inequalities of their locale. For those of the Windrush generation and their British-born children, this diasporic inheritance became a core influence on cultural and political life. Through rich case studies, including photographic representations of the neighborhood,  Black Handsworth takes readers inside pubs, churches, political organizations, domestic spaces, and social clubs to shed light on the experiences and everyday lives of black residents during this time. The result is a compelling and sophisticated study of black globality in the making of post-colonial Britain.