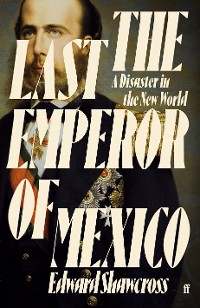 The Last Emperor of Mexico

A Disaster in the New World

Mexico, 19th June 1867. Dressed in black and carrying a crucifix, a tall blonde bearded man steps out of his carriage. As he turns to face the firing squad, his last words ring out under the cloudless sky: 'Long live Mexico, long live independence.'

The execution of Ferdinand Maximilian is the climax of one of the most extraordinary stories in history. This young Austrian archduke was born into Europe's most illustrious royal family, second in line to the Habsburg throne. Why did he die as the Emperor of Mexico, leaving his wife to descend into madness in a Belgian castle?

The answer is a tale of operatic proportions, sweeping across continents from the 1848 European revolutions to the civil wars in Mexico and the USA, pitting Old World against New, conservatives against radicals, monarchies against republics. Harbouring ambitions of a Latin American empire to halt American expansionism, Napoleon III of France installed these puppets to rule over a country riven by internal factions - with tragic consequences.

Marshalling an incredible range of sources to bring to life a cast of stranger-than-fiction characters, Edward Shawcross' The Last Emperor of Mexico is historical storytelling at its finest: the definitive telling of the greatest tale you've never known.

'The rise and fall of Maxmilian I, the doomed royal dupe, makes for a bleakly comic tale. Shawcross is especially good at describing the cultural gulf between the imperial couple and their subjects and their adopted realm.This is <b>history as at once both tragedy and farce.</b>'

'A story where no one comes out well, but Edward Shawcross tells it with verve, weaving together the big-power politics, fevered intrigue, and low villainy behind Maximilian of Mexico's ill-starred venture.'

'Shawcross's account of Maximillian's fall is both gripping and moving.'

'Gripping...he's an eloquent writer, good at showing both sides of an argument.'

'Majestic . . . Shawcross's vivid details turn the emperor into a character as ornate as the silk tapestries he imported. Such attention to the minutiae - including Maximilian's hunt for rare larvae - makes his demise all the more heartrending.'

'Edward Shawcross's entertaining history explores one of the most reckless political and military adventures of the 19th century . . . the attempt in the 1860s to establish a monarchy in Mexico under Maximilian, the Habsburg archduke who was the brother of Franz Joseph, emperor of Austria. . . <b>A superbly entertaining and well-researched account that sets a new standard</b> for histories of the doomed escapade.'

'Crisply written and meticulously researched, Shawcross's engaging book tells a lively story that will appeal to most history buffs.'

'The story of Maximilian is one of the most compelling, absurd, cynical, and revealing chapters in the history of Mexico and the nineteenth-century Atlantic world. Edward Shawcross has marvellous material to work with, and he handles it with insight and panache.'

' <b>The jaw-dropping tale of Mexico's Habsburg emperor is told with brio and narrative punch</b>.This is a page-turning history of imperial hubris and nemesis, deceit and delusion, love and betrayal on a grand scale, written in an easy, lucid style.' 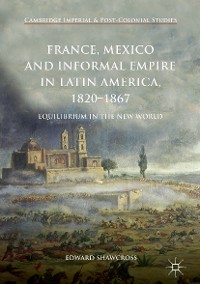