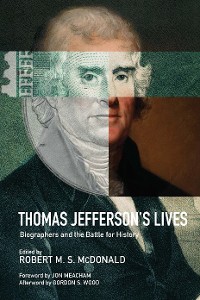 Biographers and the Battle for History

Who was the "real" Thomas Jefferson? If this question has an answer, it will probably not be revealed reading the many accounts of his life. For two centuries biographers have provided divergent perspectives on him as a man and conflicting appraisals of his accomplishments. Jefferson was controversial in his own time, and his propensity to polarize continued in the years after his death as biographers battled to control the commanding heights of history. To judge from their depictions, there existed many different Thomas Jeffersons.

The essays in this book explore how individual biographers have shaped history—as well as how the interests and preoccupations of the times in which they wrote helped to shape their portrayals of Jefferson. In different eras biographers presented the third president variously as a proponent of individual rights or of majority rule, as a unifier or a fierce partisan, and as a champion of either American nationalism or cosmopolitanism. Conscripted to serve Whigs and Democrats, abolitionists and slaveholders, unionists and secessionists, Populists and Progressives, and seemingly every side of almost every subsequent struggle, the only constant was that Jefferson’s image remained a mirror of Americans’ self-conscious conceptions of their nation’s virtues, values, and vices. Thomas Jefferson’s Lives brings together leading scholars of Jefferson and his era, all of whom embrace the challenge to assess some of the most important and enduring accounts of Jefferson’s life. 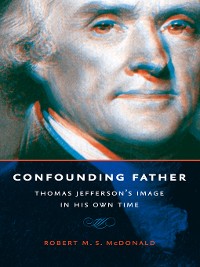