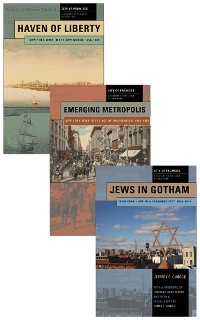 A History of the Jews of New York, 3-volume box set


New York Jews, so visible and integral to the culture, economy and politics of America’s greatest city, has eluded the grasp of historians for decades. Surprisingly, no comprehensive history of New York Jews has ever been written. City of Promises: A History of the Jews of New York, a three volume set of original research, pioneers a path-breaking interpretation of a Jewish urban community at once the largest in Jewish history and most important in the modern world.

Volume I, Haven of Liberty, by historian Howard B. Rock, chronicles the arrival of the first Jews to New York (then New Amsterdam) in 1654 and highlights their political and economic challenges. Overcoming significant barriers, colonial and republican Jews in New York laid the foundations for the development of a thriving community.

Each volume includes a “visual essay” by art historian Diana Linden interpreting aspects of life for New York’s Jews from their arrival until today. These illustrated sections, many in color, illuminate Jewish material culture and feature reproductions of early colonial portraits, art, architecture, as well as everyday culture and community.

Overseen by noted scholar Deborah Dash Moore, City of Promises offers the largest Jewish city in the world, in the United States, and in Jewish history its first comprehensive account. 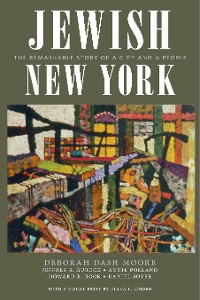 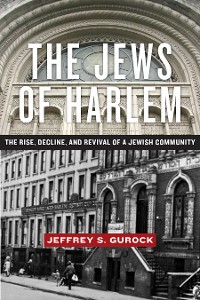 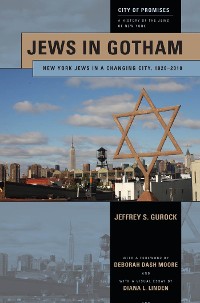 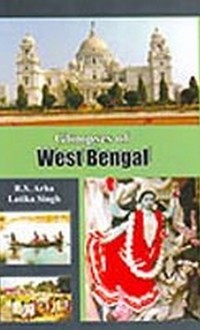 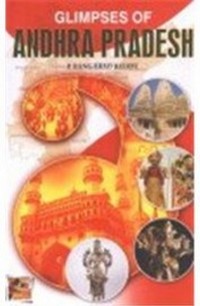