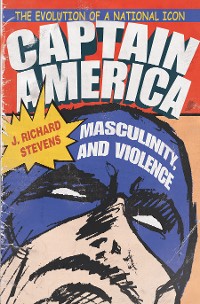 The Evolution of a National Icon

Since 1940, Captain America has battled his enemies in the name of American values, and as those values have changed over time, so has Captain America’s character. Because the comic book world fosters a close fan–creator dialogue, creators must consider their ever-changing readership. Comic book artists must carefully balance storyline continuity with cultural relevance. Captain America’s seventy-year existence spans from World War II through the Cold War to the American War on Terror; beginning as a soldier unopposed to offensive attacks against foreign threats, he later becomes known as a defender whose only weapon is his iconic shield. In this way, Captain America reflects America’s need to renegotiate its social contract and reinvent its national myths and cultural identity, all the while telling stories proclaiming an eternal and unchanging spirit of America.

In Captain America, Masculinity, and Violence, Stevens reveals how the comic book hero has evolved to maintain relevance to America’s fluctuating ideas of masculinity, patriotism, and violence. Stevens outlines the history of Captain America’s adventures and places the unfolding storyline in dialogue with the comic book industry as well as America’s varying political culture. Stevens shows that Captain America represents the ultimate American story: permanent enough to survive for nearly seventy years with a history fluid enough to be constantly reinterpreted to meet the needs of an ever-changing culture. 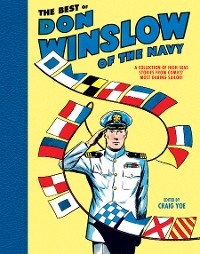 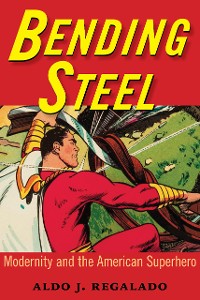