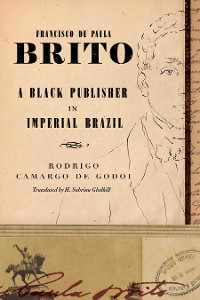 A Black Publisher in Imperial Brazil

Francisco de Paula Brito is a biography of a merchant, printer, bookseller, and publisher who lived in Rio de Janeiro from his birth in 1809 until his death in 1861. That period was key to the history of Brazil, because it coincided with the relocation of the Portuguese Court from Lisbon to Rio de Janeiro (1808); the dawning of Brazilian Independence (1822) and the formation of the nation-state; the development of the press and of Brazilian literature; the expansion and elimination of the trans-Atlantic slave trade; and the growth of Rio de Janeiro’s population and the coffee economy. Nevertheless, although it covers five generations of Paula Brito’s family—men and women who left slavery in the eighteenth century—this book focuses on its protagonist’s activities between the 1830s and 1850s.

During that period, Francisco de Paula Brito became one of the central figures in the cultural and political scene in the Imperial capital, particularly through his work as a publisher. Paula Brito’s success was due in part to his ability to forge solid alliances with the Empire’s ruling elite—among them leading politicians responsible for the unification of the vast Brazilian territory and for the maintenance of slavery and the illegal trafficking of Africans. Consequently, through the books and newspapers he published, Francisco de Paula Brito became part of a much larger project. 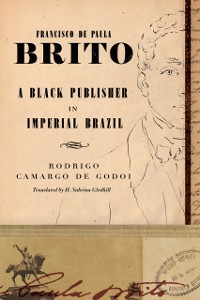