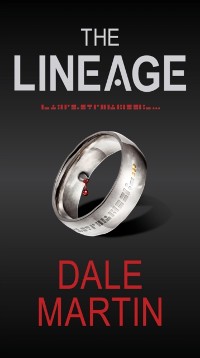 Wes Aettian never wanted, nor expected, to be King of Cassia. Not once in his 19 years had he even thought about it; that duty always fell to the firstborn son. Or so he thought. Of course, he also never expected his country to be invaded, his family to be forced into hiding for a year, or his father to die before he could explain all the secrets he had kept from his son - plans for resistance made even before the war began, the origin of his family's bloodline, and the role it plays in the universal battle between good and evil. The only thing his father left him was a simple metal ring too large for his thumb: a constant reminder of how big were the shoes he had to fill and how small it made him feel. Cassia's conquerors - the Naborn - are a people who have been tempted and swayed countless times throughout history by various promises of power, always leading to their ruin. This time they are led by Kyrit Sha'ad, a man possessing powers Wes never even imagined possible. Inhuman powers. Worse, unlike any who came before him, Sha'ad knows the source of Aettian blood and he will gladly kill everyone on the planet as long as it meant the end of that bloodline. In the end, The Lineage is a story about the enlightening power of unreserved faith when faced with even the blackest of darkness. With stakes as high as the fate of an entire planet in the balance with consequences that could reach across galaxies, Wes must quickly grow into the man he's not ready to be. Because King he is, unprepared, unsure, and suddenly in command of a web of resistance cells and thousands of soldiers looking to him to lead the way back to freedom. If only he knew how. The Lineage is a unique tale in that it combines the hallmarks of a military-based science fiction thriller with elements of fantasy and religious faith, and while the setting is alien it is reflective of our own world and our own battles.