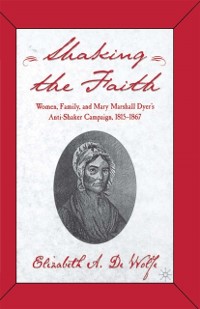 In the first half of the 19th century, Mary Marshall Dyer (1780-1867) was at the center of an aggressive anti-Shaker movement - an informal yet effective group joined by their despisal of Shakerism and their determination to thwart the new faith. With her husband and their five children, Dyer had been a Shaker for two years, but as her husband grew increasingly attracted to Shakerism, Dyer's own commitment waned, and when she announced she was leaving the sect and requested the return of her children , neither her husband nor the Shaker authorities would relinquish them. Distraught, angry, and alone, Dyer turned her anguish into action and embarked on a fifty year campaign against the Shakers. A linchpin of anti-Shaker activity, Dyer wrote numerous articles against the sect, as well as five books - and was the centerpiece of the Shakers' counterattack. The American public - especially in New England, where the Shaker movement was based - followed the debate with great interest, not least because it offered titillating details into the mysterious sect, but also because Dyer's experiences reflected profound changes in the family, religion, and gender that Americans faced in the years prior to the Civil War. In this compelling book, De Wolfe suggests that while neither the Shakers nor Dyer would agree, the latter, a mother without children and a wife without a husband, and the former, a celibate communal sect that disavowed the marriage bond, shared similar positions on the margins of society. 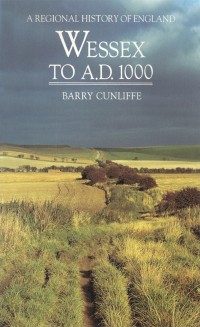 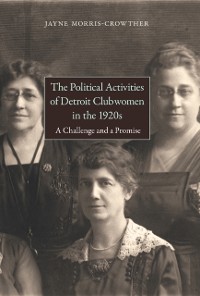 Political Activities of Detroit Clubwomen in the 1920s
Jayne Morris-Crowther
49,18 € 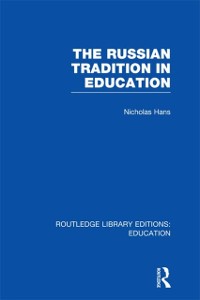 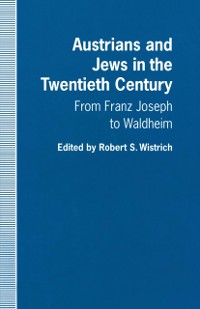 Austrians and Jews in the Twentieth Century
Robert S. Wistrich
49,18 €