The Mughals and the Sufis

Based on a critical study of a large number of contemporary Persian texts, court chronicles, epistolary collections, and biographies of sufi mystics, The Mughals and the Sufis examines the complexities in the relationship between Mughal political culture and the two dominant strains of Islam's Sufi traditions in South Asia: one centered around orthodoxy, the other focusing on a more accommodating and mystical spirituality. Muzaffar Alam analyses the interplay of these elements, their negotiation and struggle for resolution via conflict and coordination, and their longer-term outcomes as the empire followed its own political and cultural trajectory as it shifted from the more liberal outlook of Emperor Akbar "The Great" (r. 1556–1605) to the more rigid attitudes of his great-grandson, Aurangzeb 'Alamgir (r. 1658–1701). Alam brings to light many new and underutilized sources relevant to the religious and cultural history of the Mughals and reinterprets well-known sources from a new perspective to provide one of the most detailed and nuanced portraits of Indian Islam under the Mughal Empire available today. 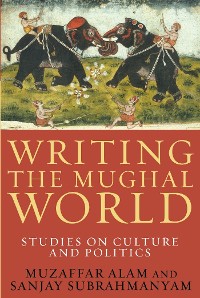