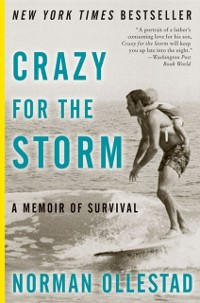 Crazy For The Storm

A Memoir Of Survival

Norman Ollestad was thrust into the world of surfing and competitive downhill skiing at a very young age by the father he idolized. Often paralyzed by fear, young Norman resented losing his childhood to his father's reckless and demanding adventures, even as he began to reap the rewards of his training. Then, in February 1979, a chartered Cessna carrying eleven-year-old Norman, his father, his father's girlfriend Sandra and the pilot, crashed into the San Gabriel Mountains. Norman's father -- a man who was both his son's coach and hero -- was dead, along with the pilot; Sandra was clinging to life. Suspended at over 8,000 feet and engulfed in a blizzard, grief-stricken Norman descended the icy mountain alone. Putting his father's passionate lessons to work, he defied the elements and made it down alive -- the sole survivor of the crash. A compulsive, page-turning read, at times nostalgic and heart-wrenching, Crazy for the Storm illuminates the complicated bond between an extraordinary father and his son, and offers remarkable insight to us all. 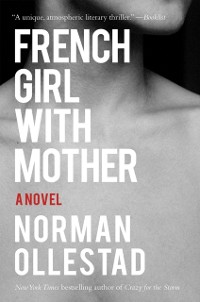 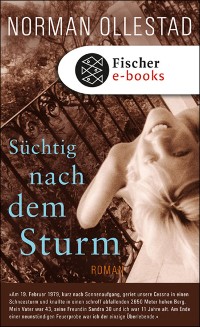 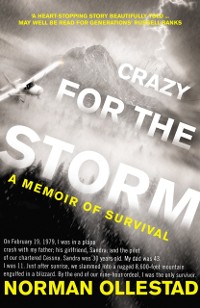 Crazy for the Storm: A Memoir of Survival
Norman Ollestad
11,89 € 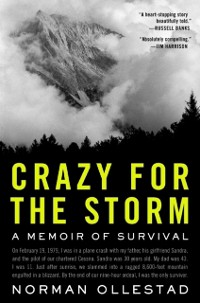