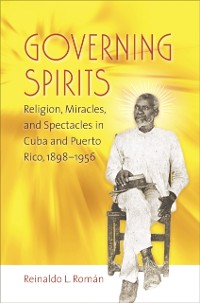 Freedom of religion did not come easily to Cuba or Puerto Rico. Only after the arrival of American troops during the Spanish-American War were non-Catholics permitted to practice their religions openly and to proselytize. When government efforts to ensure freedom of worship began, reformers on both islands rejoiced, believing that an era of regeneration and modernization was upon them. But as new laws went into effect, critics voiced their dismay at the rise of popular religions. Reinaldo L. Roman explores the changing relationship between regulators and practitioners in neocolonial Cuba and Puerto Rico.Spiritism, Santeria, and other African-derived traditions were typically characterized in sensational fashion by the popular press as &quotea plague of superstition.&quote Examining seven episodes between 1898 and the Cuban Revolution when the public demanded official actions against &quotemisbelief,&quote Roman finds that when outbreaks of superstition were debated, matters of citizenship were usually at stake. He links the circulation of spectacular charges of witchcraft and miracle-making to anxieties surrounding newly expanded citizenries that included people of color. Governing Spirits also contributes to the understanding of vernacular religions by moving beyond questions of national or traditional origins to illuminate how boundaries among hybrid practices evolved in a process of historical contingencies.