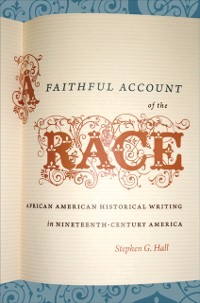 The civil rights and black power movements expanded popular awareness of the history and culture of African Americans. But, as Stephen Hall observes, African American authors, intellectuals, ministers, and abolitionists had been writing the history of the black experience since the 1800s. With this book, Hall recaptures and reconstructs a rich but largely overlooked tradition of historical writing by African Americans.Hall charts the origins, meanings, methods, evolution, and maturation of African American historical writing from the period of the Early Republic to the twentieth-century professionalization of the larger field of historical study. He demonstrates how these works borrowed from and engaged with ideological and intellectual constructs from mainstream intellectual movements including the Enlightenment, Romanticism, Realism, and Modernism. Hall also explores the creation of discursive spaces that simultaneously reinforced and offered counternarratives to more mainstream historical discourse. He sheds fresh light on the influence of the African diaspora on the development of historical study. In so doing, he provides a holistic portrait of African American history informed by developments within and outside the African American community. 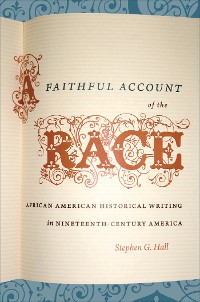