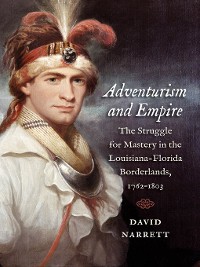 The Struggle for Mastery in the Louisiana-Florida Borderlands, 1762-1803

In this expansive book, David Narrett shows how the United States emerged as a successor empire to Great Britain through rivalry with Spain in the Mississippi Valley and Gulf Coast. As he traces currents of peace and war over four critical decades—from the close of the Seven Years War through the Louisiana Purchase—Narrett sheds new light on individual colonial adventurers and schemers who shaped history through cross-border trade, settlement projects involving slave and free labor, and military incursions aimed at Spanish and Indian territories.
Narrett examines the clash of empires and nationalities from diverse perspectives. He weighs the challenges facing Native Americans along with the competition between Spanish, French, British, and U.S. interests. In a turbulent era, the Louisiana and Florida borderlands were shaken by tremors from the American Revolutionary War and the French Revolution. By demonstrating pervasive intrigue and subterfuge in borderland rivalries, Narrett shows that U.S. Manifest Destiny was not a linear or inevitable progression. He offers a fresh interpretation of how events in the Louisiana and Florida borderlands altered the North American balance of power, and affected the history of the Atlantic world. 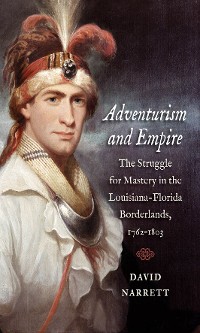