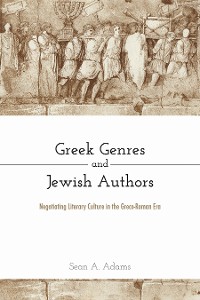 The ancient world, much like our own, thrived on cultural diversity and exchange. The riches of this social reality are evident in the writings of Jews in the Hellenistic and Roman eras. Jewish authors drew on the wide range of Greek literary conventions and gave fresh expressions to the proud traditions of their faith and ethnic identity. They did not hesitate to modify and adapt the forms they received from the surrounding culture, but their works stand as legitimate participants in Greco-Roman literary tradition.

In Greek Genres and Jewish Authors, Sean Adams argues that a robust understanding of ancient genre facilitates proper textual interpretation. This perspective is vital for insight on the author, the work’s original purpose, and how the original readers would have received it. Adopting a cognitive-prototype theory of genre, Adams provides a detailed discussion of Jewish authors writing in Greek from ca. 300 BCE to ca. 135 CE—including New Testament authors—and their participation in Greek genres. The nine chapters focus on broad genre divisions (e.g., poetry, didactic, philosophy) to provide studies on each author’s engagement with Greek genres, identifying both representative and atypical expressions and features.

The book’s most prominent contribution lies in its data synthesis to provide a macroperspective on the ways in which Jewish authors participated in and adapted Greek genres—in other words, how members of a minority culture intentionally engaged with the dominant culture’s literary practices alongside traditional Jewish features, resulting in unique text expressions. Greek Genres and Jewish Authors provides a rich resource for Jewish, New Testament, and classical scholars, particularly those who study cultural engagement, development of genres, and ancient education. 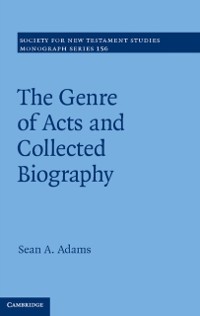 Genre of Acts and Collected Biography
Sean A. Adams
18,25 € 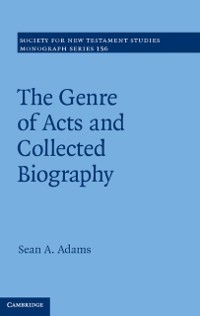 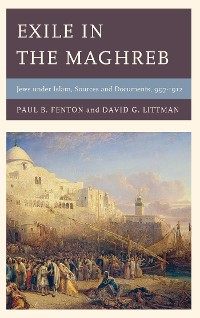 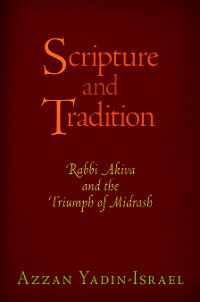 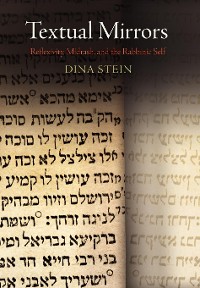 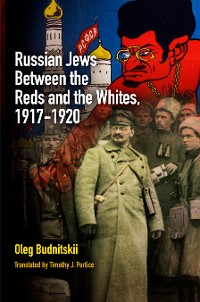