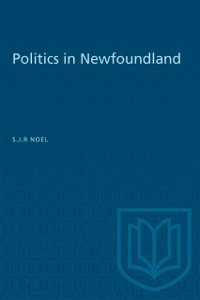 Alone among the present provinces of Canada, Newfoundland remained politically separate until 1949, and until 1933 maintained its political independence as a self-governing dominion, constitutionally the equal of Canada itself. At that time, however, facing financial collapse, it became the first country to surrender dominion status. Its parliamentary government was replaced by a British-appointed commission which ruled the island without any vestige of representative democracy for fifteen years.This is the first comprehensive examination of the turbulent politics which characterized the rise and fall of the Dominion of Newfoundland, and in which the present-day politics of the province have their genesis. For, contrary to what is often assumed, politics in the island did not begin anew with confederation, but grew out of an existing political culture from roots which survived the long hiatus of commission rule.Professor Noel examines politics in Newfoundland in the twentieth century, paying particular attention to the role of political parties (including the emergence of the radical Fishermen's Protective Union movement) and to the effects of international economic forces and diplomatic entanglements upon domestic affairs. He also studies the administration of the Commission of Government, and processes of social and political change in the post-confederation period. Contemporary politics on the island of Newfoundland cannot be fully understood without an appreciation of the evolution of its political institutions. 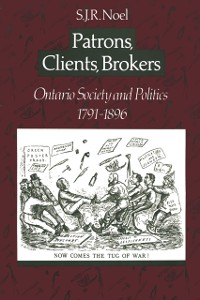