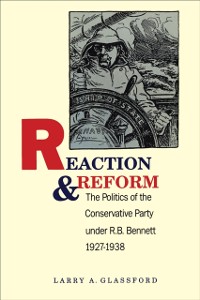 When R.B. Bennett assumed the leadership of the Conservative Party of Canada in 1926, he inherited a party out of step with a modernizing Canada. Three years later, in the early days of the Depression, he led the Tories to power with a mandate to bring back prosperity. Larry A. Glassford explores the politics of Bennett's leadership, the strategies with which he tackled the Depression, and the reception he and the Conservative party received from voters and press of the day.Bennett's initial efforts to tackle the Depression took the form of activist reaction: raising tariffs, trying to balance the budget, defending the dollar. When these measures all failed to bring recovery, the Bennett-led government edged towards a reform program, creating such permanent institutions as the Canadian Radio Broadcasting Commission (later the CBC), the Bank of Canada, and the Wheat Board. Bennett tried to package his reforms as a Canadian 'New Deal,' a daring move but one that failed to revive the party. The voters were confused: did the Conservative party stand for reaction or reform? Tories themselves could not decide. The Liberals swept back into power in 1935. At the 1938 Conservative convention which chose Bennett's successor, the perplexing dichotomy remained.Fifty years after the Great Depression, the common perception of Bennett is still of the great Canadian capitalist, driving his government, his party, and the country to the never-never land of American-style high tariffs and British-style imperialism. Glassford demonstrates the inaccuracy of that caricature, and offers instead a fresh analysis of Bennett and his party. 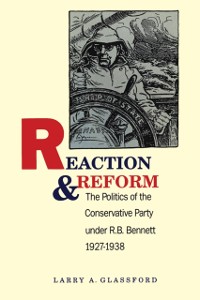