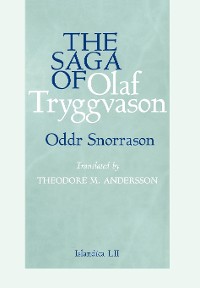 The Saga of Olaf Tryggvason

Oddr Snorrason, a Benedictine monk in northern Iceland in the late twelfth century, composed a landmark Latin biography of the legendary Norwegian king Olaf Tryggvason (died 1000 C.E.). This biography was soon translated into Icelandic, and the translation (though not the Latin original) is preserved in two somewhat differing versions and a small fragment of a third. The Saga of Olaf Tryggvason is the first English translation of this text, augmented by an introduction and notes to guide the reader.

There is a strong possibility that Oddr's biography was the first full-length saga of the Icelandic Middle Ages. It ushered in a century of saga writing that assured Iceland a unique place in medieval literature and in the history of prose writing. Aside from being a harbinger of the saga tradition, and indeed of the modern novel, The Saga of Olaf Tryggvason has its own literary merits, including an epic description of the great Battle of Svoldr, in which King Olaf succumbed. In significant ways the narrative of this battle anticipates the mature style of the classical sagas in the thirteenth century. 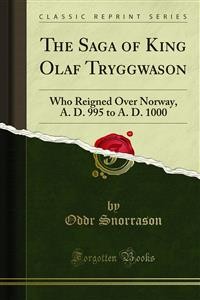