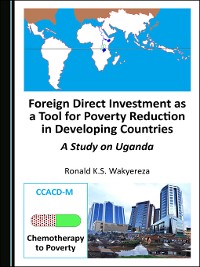 The textbook experience of poverty can be witnessed in a number of developing countries in Sub-Saharan Africa, South-East Asia and Latin America. Accordingly, Foreign Direct Investment (FDI) has been identified as an important tool for poverty reduction, as it is noted to accelerate economic growth and employment in a nation, and is currently an essential issue for countries such as Uganda. This book finds that Ragnar's 1953 'Vicious-Circle of Poverty' remains undisputed even today, showing that attracting FDI is not the end, but that a nation's absorption capacity is equally paramount. The implications of the FDI 'frog-leap theory' for developing countries and the Community Capital Absorption Capacity Development (CCACD) framework provide plausible poverty reduction approaches in the 21st century. Without such measures, bringing an end to poverty is likely to elude governments and multinational corporations in developing countries.