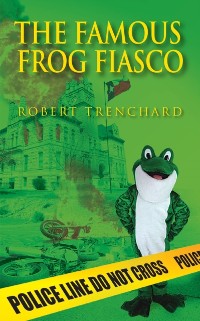 The Famous Frog Fiasco takes place in 2006. It is a caper that mixes the Cowboy Mafia, ex-high school football stars turned bank robbers, bikers, the president and vice-president, cable news personalities, FEMA, a well-known documentary filmmaker, a gadfly national religious figure and a beloved movie star frog with the locals in a small West Texas oilfield hamlet with the same name as the frog. The small town is devastated by the catastrophic events occuring during and as a result of the famous frog's visit that is to be the start of a world-wide tour to celebrate his fifty years in show business. As Mike Mandel, the long-time Jayton County District Attorney, surveyed the charred ruins of what had been his law office, he found it hard to breathe. The air was heavy with the smell of water-soaked, burned rubble at his feet, the odor if the still smoldering Jayton County Court House across the street and the stench of the many overflowing porta potties which had been placed on the courthouse square to accommodate 30,000 people who had come to Farkel, Texas (pop. 6800) to participate int the weekend's festivities. The Famous Frog Fiasco, the debut novel by Robert Trenchard, takes an entertaining look at the news media, Hollywood, Washington, Texas high school football and the oil industry.