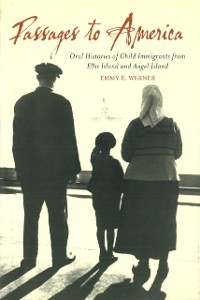 More than twelve million immigrants, many of them children, passed through Ellis Island's gates between 1892 and 1954. Children also came through the Guardian of the Western Gate, the detention center on Angel Island in California that was designed to keep Chinese immigrants out of the United States. Based on the oral histories of fifty children who came to the United States before 1950, this book chronicles their American odyssey against the backdrop of World Wars I and II, the rise and fall of Hitler's Third Reich, and the hardships of the Great Depression. Ranging in age from four to sixteen years old, the children hailed from Northern, Central, Eastern, and Southern Europe; the Middle East; and China.Across ethnic lines, the child immigrants' life stories tell a remarkable tale of human resilience. The sources of family and community support that they relied on, their educational aims and accomplishments, their hard work, and their optimism about the future are just as crucial today for the new immigrants of the twenty-first century. These personal narratives offer unique perspectives on the psychological experience of being an immigrant child and its impact on later development and well-being. They chronicle the joys and sorrows, the aspirations and achievements, and the challenges that these small strangers faced while becoming grown citizens.