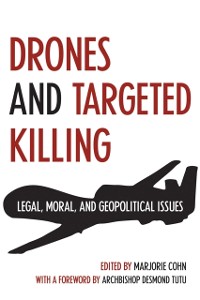 EXPERT ANALYSIS OF AN ILLEGAL AND IMMORAL PRACTICE The Bush administration detained and tortured suspected terrorists; the Obama administration assassinates them. Assassination, or targeted killing, off the battlefield not only causes more resentment against the United States, it is also illegal. In this interdisciplinary collection, human rights and political activists, policy analysts, lawyers and legal scholars, a philosopher, a journalist and a sociologist examine different aspects of the U.S. policy of targeted killing with drones and other methods. It explores the legality, morality and geopolitical considerations of targeted killing and resulting civilian casualties, and evaluates the impact on relations between the United States and affected countries. The book includes the documentation of civilian casualties by the leading non-governmental organization in this area; stories of civilians victimized by drones; an analysis of the first U.S. targeted killing lawsuit by the lawyer who brought the case; a discussion of the targeted killing cases in Israel by the director of PCATI which filed one of the lawsuits; the domestic use of drones; and the immorality of drones using Just War principles. Contributors include: Archbishop Desmond Tutu, Phyllis Bennis, Medea Benjamin, Marjorie Cohn, Richard Falk, Tom Hayden, Pardiss Kebriaei, Jane Mayer, Ishai Menuchin, Jeanne Mirer, John Quigley, Dr. Tom Reifer, Alice Ross, Jay Stanley, and Harry Van der Linden.