The book presents a mathematical answer to the ancient philosophical question &quoteHow mind is related to matter&quote. It proves that in the mathematical world, the bridge from matter to mind requires extension and modification of quantum physics. The proposed dynamical model that captures behavior of living things is based upon the extension of the First Principles of classical physics to include the phenomenological behavior of living systems, i.e. to develop a new mathematical formalism within the framework of classical dynamics that would allow one to capture the specific properties of natural or artificial living systems. The proposed mathematical formalism is quantum-inspired. It is based upon coupling the classical dynamical system representing the motor dynamics with the corresponding Liouville equation describing the evolution of initial uncertainties in terms of the probability density and representing the mental dynamics. Along with the main objective, the book addresses fundamental departures from classical views on some unsolved problems in quantum mechanics. By moving from the Schroedinger to the Madelung equation, it demonstrates that randomness in quantum mechanics has the same mathematical origin as that in turbulence and chaos. It illuminates the origin of entanglement and interference of probabilities. These results are reinforced by similar properties of L-particle that are based upon a modification of the Madelung equation. Therefore, the model of L-particle fits well into the mathematical formalism of modern physics, and that rouses a belief that L-particle is not only a mathematical abstraction, but a reality as well. 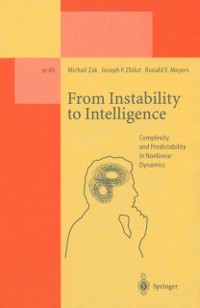