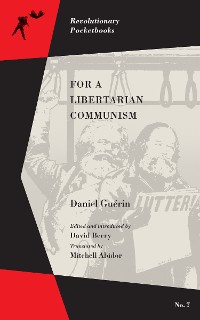 For a Libertarian Communism

In his foreword to an earlier collection of essays on libertarian communism, Daniel Guérin addressed himself to younger people “alienated from ideologies and ‘isms’ shorn of any meaning by an earlier generation” and particularly from “socialism, which has so often been betrayed by those who claimed to speak in its name, and which now provokes an understandable skepticism.”

In this collection of essays, written between the 1950s and 1980s and published here for the first time in English, Guérin not only provides a critique of the socialist and communist parties of his day, he analyzes some of the most fundamental and pressing questions with which all radicals must engage. He does this by revisiting and attempting to draw lessons from the history of the revolutionary movement from the French Revolution, through the conflicts between anarchists and Marxists in the International Workingmen’s Association and the Russian and Spanish revolutions, to the social revolution of 1968. These are not just abstract theoretical reflections, but are informed by the experiences of a lifetime of revolutionary commitments and by his constant willingness to challenge orthodoxies of all kinds: “Far from allowing ourselves to sink into doubt, inaction, and despair, the time has come for the left to begin again from zero, to rethink its problems from their very foundations. The failure of both reformism and Stalinism imposes on us the urgent duty to find a way of reconciling (proletarian) democracy with socialism, freedom with Revolution.” 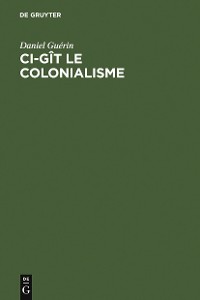