The Howe Dynasty: The Untold Story of a Military Family and the Women Behind Britain's Wars for America

Finally revealing the family’s indefatigable women among its legendary military figures, The Howe Dynasty recasts the British side of the American Revolution.

In December 1774, Benjamin Franklin met Caroline Howe, the sister of British General Sir William Howe and Richard Admiral Lord Howe, in a London drawing room for “half a dozen Games of Chess.” But as historian Julie Flavell reveals, these meetings were about much more than board games: they were cover for a last-ditch attempt to forestall the outbreak of the American War of Independence.

Aware that the distinguished Howe family, both the men and the women, have been known solely for the military exploits of the brothers, Flavell investigated the letters of Caroline Howe, which have been blatantly overlooked since the nineteenth century. Using revelatory documents and this correspondence, The Howe Dynasty provides a groundbreaking reinterpretation of one of England’s most famous military families across four wars.

Contemporaries considered the Howes impenetrable and intensely private—or, as Horace Walpole called them, “brave and silent.” Flavell traces their roots to modest beginnings at Langar Hall in rural Nottinghamshire and highlights the Georgian phenomenon of the politically involved aristocratic woman. In fact, the early careers of the brothers—George, Richard, and William—can be credited not to the maneuverings of their father, Scrope Lord Howe, but to those of their aunt, the savvy Mary Herbert Countess Pembroke. When eldest sister Caroline came of age during the reign of King George III, she too used her intimacy with the royal inner circle to promote her brothers, moving smoothly between a straitlaced court and an increasingly scandalous London high life.

With genuine suspense, Flavell skillfully recounts the most notable episodes of the brothers’ military campaigns: how Richard, commanding the HMS Dunkirk in 1755, fired the first shot signaling the beginning of the Seven Years’ War at sea; how George won the devotion of the American fighters he commanded at Fort Ticonderoga just three years later; and how youngest brother General William Howe, his sympathies torn, nonetheless commanded his troops to a bitter Pyrrhic victory in the Battle of Bunker Hill, only to be vilified for his failure as British commander-in-chief to subdue Washington’s Continental Army.

Britain’s desperate battles to guard its most vaunted colonial possession are here told in tandem with London parlor-room intrigues, where Caroline bravely fought to protect the Howe reputation in a gossipy aristocratic milieu. A riveting narrative and long overdue reassessment of the entire family, The Howe Dynasty forces us to reimagine the Revolutionary War in ways that would have been previously inconceivable.
Weitere Titel von diesem Autor 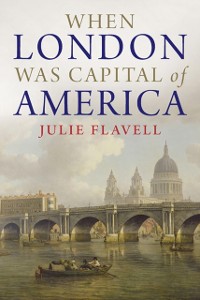