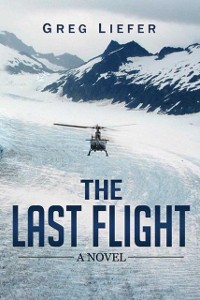 Set against the harsh beauty of Alaska, a veteran helicopter pilot is torn between ending his own embattled life and rescuing survivors from a mountain plane crash.Last Flight is the heroic story of Gil Connor, a senior Army helicopter pilot and aging Vietnam vet, as he struggles with an impending terminal illness and the desire to pull off one last daring rescue. Connor finds himself in a constant battle against his internal demons during his quest to reach the survivors of a remote, civilian commuter-plane crash deep in the Alaskan mountainsa rescue that perhaps only he can pull off.The stranded planes captain, Scott Sanders, takes charge after the crash, in spite of his injuries and the realization that his dream of flying for a major airline is destroyed. One of the passengers, a retired school teacher, assists him while barely holding herself together; her husband was killed in a fiery plane crash years before. They soon realize that time is not on their side in the Alaskan polar climate.Connor, whos haunted by the horrors of war and a turbulent past, is torn between ending his life before the inevitable and saving the marooned crash victims before its too late. His underlying intentions are unknown, even to himself, until the very end. Aided by an untested protge and a mysterious young girl found at the crash site, Connor struggles in a desperate gamble to achieve the near impossible. Amid the turmoil of an approaching storm and almost certain failure, his flying skills and drive for redemption are the only hopes that remain.Skyhorse Publishing, as well as our Arcade, Yucca, and Good Books imprints, are proud to publish a broad range of books for readers interested in fictionnovels, novellas, political and medical thrillers, comedy, satire, historical fiction, romance, erotic and love stories, mystery, classic literature, folklore and mythology, literary classics including Shakespeare, Dumas, Wilde, Cather, and much more. While not every title we publish becomes a New York Times bestseller or a national bestseller, we are committed to books on subjects that are sometimes overlooked and to authors whose work might not otherwise find a home. 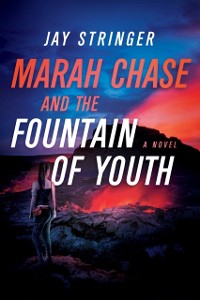 Marah Chase and the Fountain of Youth
Jay Stringer
18,29 €