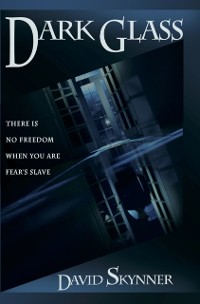 A TV crew arrives at a sprawling deserted building to make a 'Ghost Hunter' TV show, but all is not well. The show is being cancelled due to being discredited as remorselessly and cynically faked and this is now to be their final assignment. Cameron, their director, is suicidal due to the collapse of his marriage and career, but happens upon the idea of creating a spectacular final show. He concludes he must prove himself with a lie so great people will think it must be the truth and to achieve this, secretly decides to pay the ultimate price. Deanna, his colleague, has long held a candle for Cameron and as his plan progresses; she becomes increasingly suspicious and alarmed about his real purpose. His plan is put on hold though, when it becomes apparent that for the first time they might have stumbled upon the real thing, an entity that appears only in reflections and takes a different shape to all who see it. Reinvigorated, Cameron wants to capture this on film. Ironically, his colleagues are terrified, but he manages to coerce them back into the building. Once inside though the crew seeking to capture the spirit becomes the prey. Trapped inside, with no mobile phone signals and all exits suddenly sealed, the ancient and sprawling building becomes a labyrinth and one by one the crew come face to face with the wraith, a spirit as old as the world itself, powerful and knowing beyond measure. It has a purpose, can see deeply inside them and knows what weakness, what fear is so profound that they simply cannot bear to countenance it. It uses this knowledge to pursue and corner them, whereupon their only choice is to face their terror or be destroyed by it. 'He understood now, that what he thought had died had not expired, but had instead, from shame, been pushed into an inner darkness. Once lost in that abyss, cast out from and denied the light of a place in his being, it had festered and grown ever more monstrous. Fool, be careful what you wish for; you cannot run from your own secrets, the things you cannot bear to countenance linger still, seeking a way out. Freedom from fear comes at a price and though some might only hurt, others will kill.' The road to Heaven travels first through Hell and each must confront and find a way to own what their personal demons have made of them. They face a desperate fight to survive, but battling the pain they have hidden from themselves, they are already at a disadvantage. The spirit does not care if they survive or not, for its purpose will be fulfilled either way, it cares only that they see the truth about themselves and will see them die rather than let them walk away from it. Dark Glass is a supernatural story, but is also a meditation on the psychological impact of trauma and how, if unresolved, it can have a lasting and damaging effect on the personality and freedom of those affected. It is based on the author's own experience and that observed in other people he knows. The story is also a screenplay and will shortly be produced as a feature film, directed by the author and featuring John Hannah in the lead role of Cameron.