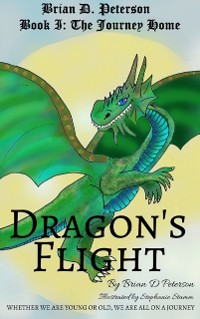 Kaysar was only sixteen years old, but had spent twelve of those years as a slave within one of Hilekar's mines, the Abyss of Tartarus. The longer Kaysar remained a prisoner within the Abyss, the more distant and unreal the memories of his early childhood seemed to him. Yet, Kaysar had a sense that there was a greater destiny in store for him, beyond the shackles of the Abyss. One day, as an earthquake shook the very foundation of the Abyss Kaysar found himself befriended by a dragon who also yearned for her freedom. Together they flew out of the Abyss as the evil Lord Hilekar sought after both of them. Neither Kaysar nor Ettmore were fully aware of what their journeys would consist of or the meaning of their quests. A royal and mystical adventure awaits Kaysar and Ettmore as external forces guide them across the far reaches of the Great Kingdom and their home planet of Terre Mere.