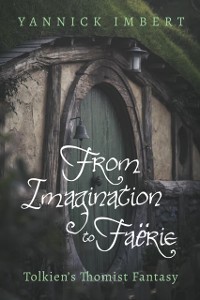 From Imagination to Faerie

Tolkien is one of our most beloved fantasy writers. Such was the power of his imagination that much has been written on his invented world, languages, and myth. This book is an invitation to tread the paths of Tolkien's realm, exploring three regions of his work: language, myth, and imagination. We will be looking for a path leading to a summit from where we can view Tolkien's whole realm. Yannick Imbert argues that we can gain such a view only if we understand Tolkien's philosophical theology, his Thomism. To attain this vantage point and better understand the genius of his Middle Earth, readers journey with Tolkien through his academic, personal, and theological milieu, which together formed his Thomistic imagination.