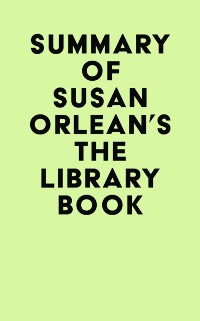 Please note: This is a companion version & not the original book. Book Preview: #1 Harry Peak, who was known for his blond hair, decided to become an actor. He began dropping the phrase when I'm a movie star into conversations, and his family thought he was on a medical show or in The Trial of Billy Jack.#2 The Central Library is located in downtown Los Angeles, at the corner of Fifth Street and Flower. It was designed by the architect Bertram Goodhue and opened in 1926. The library opens at ten A. M. , but by daybreak there are always people hovering nearby.#3 The library was already in gear, humming with staff members who were readying it for the day. The shipping department had been at work since dawn, packing tens of thousands of books into plastic bins.#4 The library is a stage that is constantly being prepared for a performance. Every time the security guard hollers out that the library has opened, there is a sense of stage business, as people find their places and things are set right before the burst of action begins.