Scandal and Satire in Georgian London

**A brilliant new history of Georgian Britain through the eyes of the artists who immortalised it, by one of the UK's most exciting young historians**

'Alice Loxton is the star of her generation ... the next big thing in history' Dan Snow

London, 1772: a young artist called Thomas Rowlandson is making his way through the grimy backstreets of the capital, on his way to begin his studies at the Royal Academy Schools. Within a few years, James Gillray and Isaac Cruikshank would join him in Piccadilly, turning satire into an artform, taking on the British establishment, and forever changing the way we view power.

Set against a backdrop of royal madness, political intrigue, the birth of modern celebrity, French revolution, American independence and the Napoleonic Wars, UPROAR! follows the satirists as they lampoon those in power, from the Prince Regent to Georgiana, Duchess of Devonshire. Their prints and illustrations deconstruct the political and social landscape with surreal and razor-sharp wit, as the three men vie with each other to create the most iconic images of the day.

UPROAR! fizzes with energy on every page. Alice Loxton writes with verve and energy, never failing to convince in her thesis that Gillray and his gang profoundly altered British humour, setting the stage for everything from Gilbert and Sullivan to Private Eye and Spitting Image today. This is a book that will cause readers to reappraise everything they think they know about genteel Georgian London, and see it for what it was - a time of UPROAR! 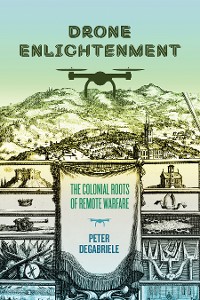