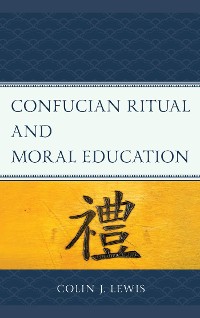 It is widely accepted that moral education is quintessential to facilitating and maintaining prosocial attitudes. What moral education should entail and how it can be effectively pursued remain hotly disputed questions. In Confucian Ritual and Moral Education, Colin J. Lewis examines these issues by appealing to two traditions that have until now escaped comparison: Vygotsky’s theory of learning and psychosocial development and ancient Confucianism’s ritualized approach to moral education. Lewis argues first, that Vygotsky and the Confucians complement one another in a manner that enables a nuanced, empirically sound understanding of how the Confucian ritual education model should be construed and how it could be deployed; and second, just as ritual education in the Confucian tradition can be explicated in terms of modern developmental theory, this ancient notion of ritual can also serve as a viable resource for moral education in a contemporary, diverse world.