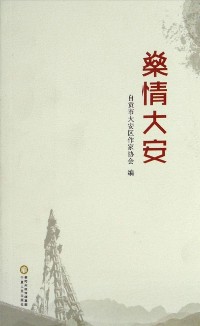 Firing Feeling toward Da'an mainly communicates and shows homeland poetry that part poets and lover for poetry chant Da'an. The book is divided into four parts 'the most firing well', 'the oldest dragon', 'the most salt land', and ' the most chaste people'. The four parts mean starting from firing water well, searching relics of dinosaurs billion years ago, exploring the uniqueness and secret of this salt land, praising the legend of the great people on this land. That the book is named as Firing Feeling toward Da'an means to appreciate the grace of the land, and hopes that literature could be prosperous like brisk fire on the land, hopes that good poems grow like salt spring.