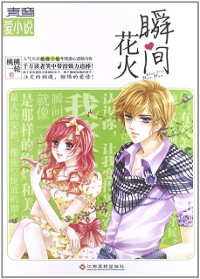 Brief introduction to Moment of Petard: Dongdong lived in the house of her cousin An Zhimo (no blood relationship) for civil service examination, actually, she wanted to be far away from the thing happened in her college life: Dongdong met and fell in love with her teacher Song Wanghe who did not tell her that he had married. He did love Dongdong but when their affair was found out by his wife who told it to the school leaders, and the leaders decided to punish them. Later, Dongdong fell in love with An Zhimo and became the friend of their neighbor Ji Shuyao, a writer. But when this couple stayed together, they met the ex-wife of Song Wanghe, who was also the ex-girlfriend of An Zhimo Ouyang Xi. In the past, An's father didn't agree with their love and forced Ouyang to another city after her graduation. Then Ouyang married with Song but Song fell in love with Dongdong later. What a coincidence! An Zhimo and Dongdong have to face the hostility of Ouyang Xi and the pressure from An's father. But later, they fought against all the difficulties and had a happy ending.